To get yourself going today just do the following: relax, look at the picture below, focus on the four small point right in the middle and stay looking at them for about 30 to 45 seconds. Then just slowly move your view to some wall and watch the wall – r u fking kidding me? That shit really works! 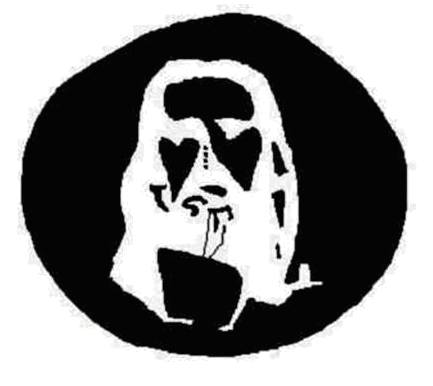 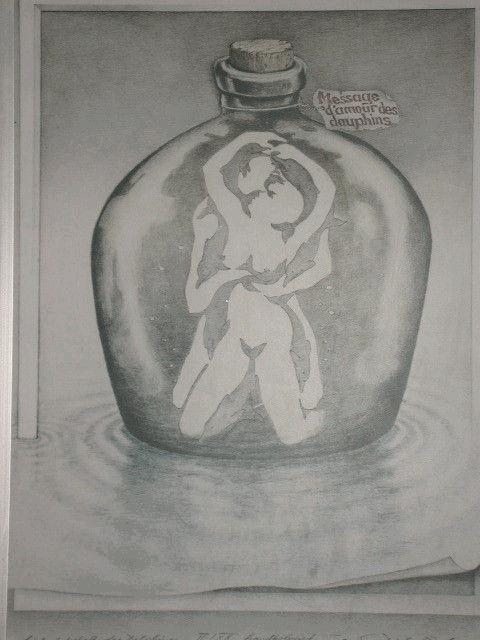 There is an article at the hendon mob’s website about the 888’s poker nations cup where Katja got mentioned:

When Katia played her heat for the German team she made some good plays. The Steffi Graff look-alike laughed and joked throughout and at one point Padraig shouted ‘A German with personality – you should frame her.’ Michael Keiner, Germany’s team captain, just looked up and smiled.

I am not sure if all of you follwed the link reader ‘DaPfeif’ gave us in a comment reccently. In case you did’nt here the interesting quote:

There is one player – Davood Mehrmand – who is probably the most hated person in poker, who is continually abusing players and dealers alike and forever commenting on play and possible scenarios during a hand and for some reason is never penalised because he refrains from using the F-bomb!

Many players have received penalties from losing their rag at a table with this guy and yet nothing is ever done about it. At the Festa Al Lago IV at the Bellagio in October, a very good friend of mine, Harry Demetriou, was given a 40-minute penalty due to Mehrmand’s intolerable provocation and anyone who knows Harry would agree you couldn’t hope to meet a nicer, more laid back and easy going guy than him. Personally, I’m proud to say I have never got a penalty but I came pretty close at the Five Diamond Classic in December where I actually told Mehrmand if he didn’t stop his abuse, that I would gladly get a penalty but there was a good chance he would get hospitalised!. I promise you I never lose my temper or abuse anyone at the table, but this infuriating, provocative, idiot could make the Pope take a swing at him. It is about time this unwanted and unwelcome element was taken out of the game permanently.

I myself have declared Davood Mehrmand as an poker-pig long time ago (see this post, this and this) so I am more than willing to believe other have made the same experience with him. I heard from annother source that he is the “most hated person in poker” these days – I am just laughing at the fact that he not even gets invited to the WPT’s “bad boys” series of events for it, LOL.

Last weekend saw some friends and me playing real-money chinese poker for the first time. We had figured out all the rules and a royalty system during the week and played saterday afternoon after some billiards. The local luckbox made all of us wet again, in billiards without really winning anything but laughing on us as we lost the games ourselves and in chinese by hitting great hands – he would have been about even for the day if not a royal flush was coming in the last hand of the afternoon and he scooped many points from each of us! Afterwards Katja joined us and we had some diner togehter before driving to the 200€ NLHE tournament. 21 players this time, I made a last-longer-sidebet again with the luckbox, winning it again! (quality>luck my friend 😉 – We had changed the system, so I got 10€ for every spot difference between us for a total of 60€. During the 20/40 cash game we played props, the real props like described by Daniel Negrenau. It took us some time to figure it out but after a while it went smoothless. Both the luckbox and I were a little disappointed as the system brought not that much sideacction as we had hoped for – I guess you have to play it at those megastakes like DN, out stakes have been 100x lower. Way to go for us Sebastian!